We who enjoy the greatest privilege—personal freedom from birth—find the Fourth wave counter-intuitive. All humans are born equal, to pursue their own happiness with inalienable rights, right? Wrong.

The sad truth remains. For all of human history, only the elite few enjoyed jealously-guarded self-determination.

It feels like an unimaginably distant past for those who live freely. How many generations have passed since despots ruled? Since civilians meekly followed, silently suffered, or bravely died. Since might made right.

Sadly, in far too many nations today, these deplorable conditions remain the law of the land. Usurped power rules far too many of our fellow world citizens.

Tyrants must topple. We can never drop our vigilance.

The liberal and equal application of the rule of law arose as a very modern and arguably “unnatural” social contract. For many today, even in liberal societies, minority populations and women too often find themselves treated as second-class citizens. Or worse.

But there is hope. Progress against the yoke continues.

To understand how far we’ve come, let’s explore the history of this Fourth monumental wave of social innovation.

Ancient Egypt, like most societies, enslaved the conquered. This practice continues in many parts of the world today. Those without power fall victim. 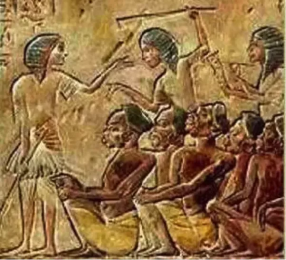 But there was early evidence of liberty.  From 4000 to 2500 BC in Mesopotamia, today’s Iraq region, early democracies established self-sufficient, autonomous Sumerian city-states. Citizens assemblies designated presiding members and agreed by consensus.

In 508 BC Athens enshrined early democracy, the “rule by the people” (demos “people” + kratein “rule”). All male citizens were empowered to vote. Women, along with slaves, watched.

The King is Dead

In the last millennium, property ownership seeded the battle for extended rights.

In 1215 King John of England conceded the thrown’s land to his barons. He enshrined their property rights in the “great charter”, or Magna Carta signed at Runnymede. It was revised and reaffirmed through the 13th century, placing written law as the higher power than rights of the king.

The transfer of limited power to the nobles introduced basic freedom and property rights to “free men”. They left a slippery slope for future generations to make claims against their local monarchs.

The 2,500 words of the Magna Carta fill a single page, marked with the royal seal, shown below left. It set first principles of English law. The newborn United States of America borrowed these concepts for the US Constitution and the Bill of Rights, in their own repudiation of the English King George.

Consider how our First wave, Language, required millenia to propel us to freedom. For all of the progress in the modern timetable above, the message and promise of freedom was conveyed through written words. That requires not only language, but the advancements of the Third wave, Domestication, to allow sufficient economic division of labor to allow for broad education.

Moving into recent history, in 1847 Switzerland’s civil war produced a national referendum, one of the first in modern history, on a new federal constitution. Switzerland still holds more referenda than any other country. Tiny cantons get out the vote for deeply personal self-representation.

Only a decade later the young American States tore their union asunder to secure freedom from slavery, the legalized barbarity that put the lie to Jefferson’s famous declaration. To this day inequities among populations inflame neighborhoods and headlines. They deny the dream for all mankind, created equal, and treated equally in the blind justice of the law.

“If slavery is not wrong, nothing is wrong.”
~ Abraham Lincoln

The march of freedom continues. For most of the first half of the 20th century Mohandas Ghandi led his fellow Indian’s to freedom from the English Raj, finally achieved in 1947. As the Reverend Martin Luther King Jr. put his life on the line for a dream to create an equal status for African Americans, Africa’s former European colonies began to free themselves. President Nelson Mandela’s election in 1994 to a post-Apartheid South Africa overwhelmed the most forcibly segregated culture on the continent.

Along the way, Spain was liberated with the death of Generalissimo Franco in 1975 following nearly 30 years of dictatorial rule. Allende’s election in Chile led Spanish-speaking people of South America to fight for freedom, continuing today, particularly in the face of the redoubled dictatorship in Venezuela.

And of course Gorbachev bravely faced the truth of the Soviet Union’s broken central economy in declaring Peretroika, a political recalibration of the Communist Party under his “openness” policy of “glasnost”. This continued in Poland and across the former satellite nations of Eastern Europe.

The US invasions of Iraq, the liberation of Kuwait, and the dual wars in Iraq overthrew the hardened dictatorships of Sadam Hussein and the Taliban. The installed democracies however, leave much to be desired in the equal application of the law, where reprisals continue to tear at the fabric of those societies. This precipitated the “Arab Spring” of 2011, which saw nearly monthly shifts in national leadership across the Muslim middle east.

In the United States we now suffer from the indignities of an insecure and ill-informed bravado projected from the White House, 280 characters at a time. President Donald Trump’s willingness to openly admire and congratulate tyrants departs from the liberated path of our democratic history.

A decade after the Occupy Wall Street movement, we now demand that Black Lives Matter, that the lives of school children are more sacrosanct than unfettered access to weapons of mass destruction, and the long overdue #metoo movement empowers women to take an equally-valued part in our society as the centenary of universal suffrage approaches.

Those who hold the keys to the shackles must know to tremble. We make our own destiny.