The modern circus, like the act of strategy, began as a martial art.

Europe’s great armies taught soldiers to march, and horses to prance. In peace time, the syncopated riders displayed the cavalry’s advanced horsemanship. Eventually the horse rings became circus rings and tented shows traveled to pitch their tents from Dublin to Dubrovnik. By the mid 1700s, equestrian acts migrated across the Atlantic. 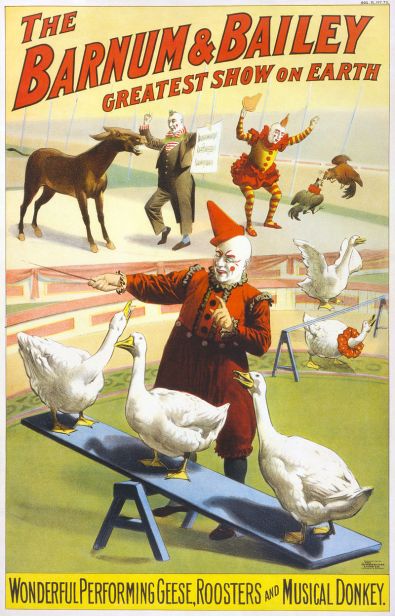 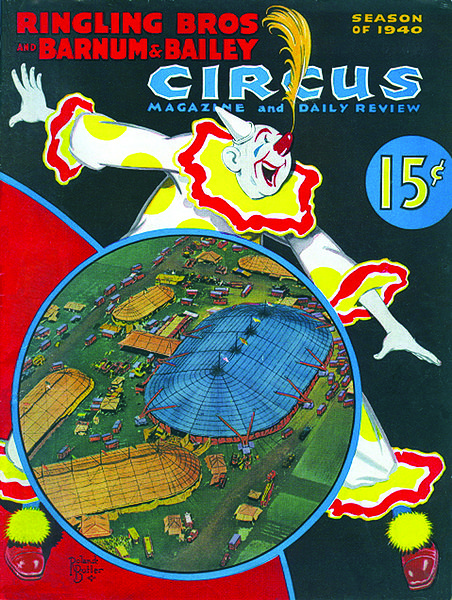 Fun for the whole family for just a few nickels

Lions and Tigers and Bears

The North American circus evolved a more complex menagerie of animal acts, first introducing the domestic animals of the farm, and then the more dangerous exotic animals of Africa and Asia. By the late 1800s the sound of the approaching circus train promised small town America a vertiable zoo delivered by boxcar. 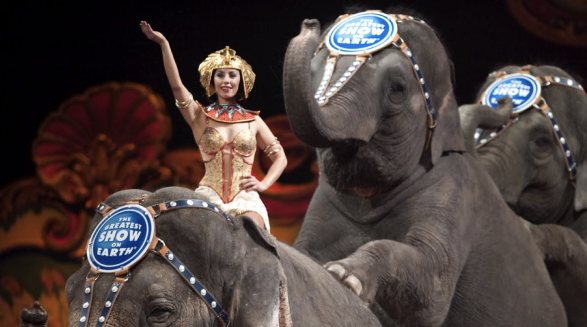 For 250 years, the circus grew, but changed only in scale. Local shows combined. Ringling Brothers merged with Barnum & Bailey to create the greatest show on earth.

How might we depict the circus in the market space for live entertainment?

Renée Mauborgne & W Chan Kim’s “strategy canvas” shows that the circus provides traditional pleasures at a reasonable price. They all share the ring master, trotting animals, and death-defying performers. Still a bargain among live shows, even if consolidation drove up prices bit. The 15 cent ticket of 1940 inflates to $2.50 today. Ticket prices start at about 10x that price.

The model went unchallenged for generations, until a pair of Montreal street performers took their show on the road.

Send in the Artists

A funny thing happened on the way to the big tent. A new type of circus – le noveau cirque – was born from a small band of French Canadian artists in 1980.

Despite local notoriety the show could not afford to go on until “The Waders” won a grant from the Canada Council for the Arts. Founder Guy Laliberte built on the highly theatrical, character-driven show, adding themes and storylines from cultures around the world – minus the performing animals. His circus would be very human.

Plotting this new model on our canvas, you can see the new attributes Cirque brings to the stage. It charts a market space nearly opposite the historic circus format. Despite much higher ticket prices, the velocity of Cirque’s growth is only rivaled by the speed of its creative reinvention.

Which Strategies Does Market Space Serve?

In my prior post I introduced the 9 Strategy Matrix. How might Mauborgne & Kim’s market space analysis inform these various strategies to position a new form of live entertainment?

Looking across the market conditions across the top of this spectrum, it would show you the new market spaces available versus the competition. It would also show you where to look for emerging alternatives whom you might buy or partner with. And you could study the unserved needs of target audiences to determine what new kind of entertainment to invent.

The Latest Greatest Show on Earth

Three decades later, Cirque du Soleil employs 4,000 people from 40 countries, with revenues approaching $1 billion. Laliberte still owns 95% of the company; he keeps it close to its original essence, despite the many shows they have staged. The “circus of the sun” now represents the largest theater production company in the world. 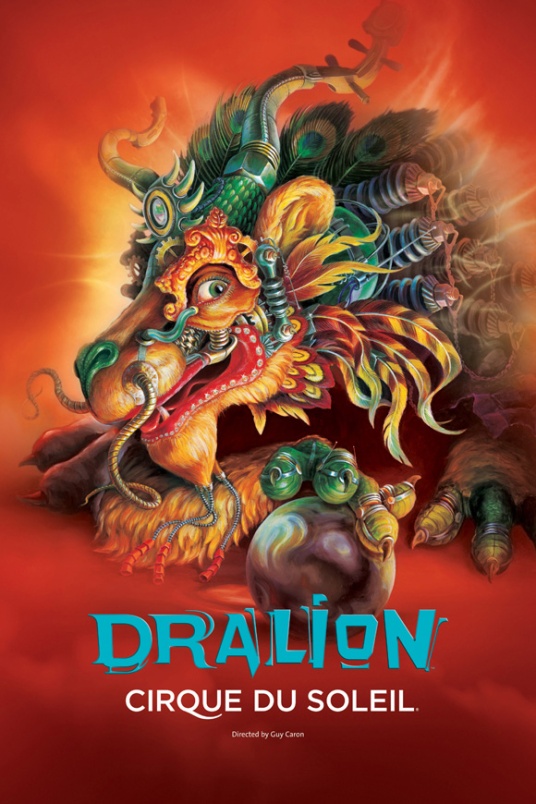 Cirque reimagines and constructs new worlds for a growing panoply of shows and audiences that circle the globe.

An art form once chained to the past now continually invents new futures.

Bien venue to the next venue.

The Art of Blogging

Copy Editor / Writer / Translator - No App Can Replace Me!