Startup entrepreneurs face countless challenges. They have to thread the needle between competing demands. Success runs hard, lean and gritty.

Three experts on the startup journey offer alternate but complementary perspectives on what it takes to win against hard odds. 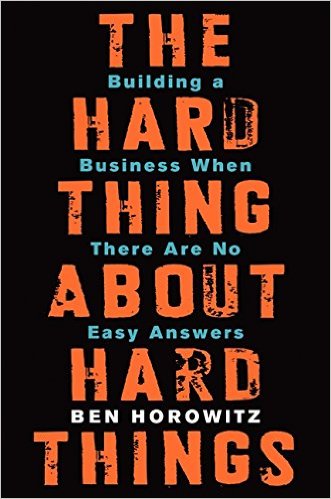 Ben Horowitz, serial entrepreneur, executive and investor, and a man of remarkable timing, describes The Hard Thing About Hard Things.

Angela Duckworth takes lessons from Wall Street to Public Education to describe the entrepreneur’s marathon. Her series of lessons describe the art of perseverance—true Grit.

This week reflects on the hard things about leading into the unknown—building a business when there are no easy answers.

Ben Horowitz—born in England, raised in Berkeley, educated in computer science at Columbia and UCLA—arrived in Silicon Valley in 1990 with auspicious timing to join the first dot com boom. He engineered products for Silicon Graphics before joining Marc Andreessen for a breakneck ride at Netscape, minting millionaires in their acquisition by AOL.

Again his timing was brilliant; Horowitz left AOL in 1999 to found Loudcloud with Andreessen, skipping out before the Time Warner debacle could unfold.

Many young startup dotcommers got lucky. Horowitz enjoyed good fortune in both timing and location, but his continuing track record—to this day—only cements his hard-earned reputation as an insightful market leader.

He led Loudcloud from it’s birth, a front-edge infrastructure platform for Ford, the US Army, and other huge accounts. He took it public in 2001 (on the cusp of the dot bomb), broadened the offering into Opsware.

He sold Loudcloud’s outsourced service business to EDS, which became Opsware’s anchor account with annual services of $100M. Then he sold Opsware to HP for $1.6B. Bam. Trifecta.

Rather than retire to an island, he went on to lead and build HP’s $3B software business to 3,000 developers.

Today Horowitz famously invests in next generation leaders through the private venture capital firm he launched in 2009 with his serial partner. a16z more often is described by their names, Andreessen Horowitz.

Along the journey, Ben Horowitz took counsel from several of the Valley’s leading lights. He celebrates the importance of mentors. And he returns the favor with his very direct, very refreshing handbook for tech entrepreneurs. 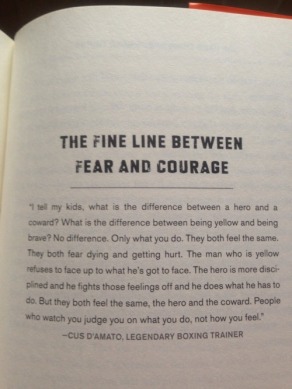 The Hard Thing About Hard Things stands apart as a modern management book. Silicon Valley has taught us that acute uncertainty demands leadership over management. Horowitz culls his uncommon range of experience and thoughtful reflection for uncommonly thoughtful insights. His memorable turns of phrase help.

“The only thing that prepares you to lead a company is leading a company.”

Make best move when there are no great or obvious moves. He describes a combination of focus, courage and decisiveness.

The hard thing is laying people off when you miss the big goal.”

Among the hardest things is firing someone. As the leader, the least you owe them is to lead them to the door personally. It’s about being there for the hardest moments. Respect the pain. Own the solution.

“You have to be responsible when you’re running the organization.

Firing people who are your friends is part of that responsibility.”

Finally, Horiwitz promotes another vital symbol of respect for your people by describing feedback, as a vital tool for leaders at all levels to promote organizational learning. Often described as “a gift”, Horowitz prefers to characterize it as a dialogue, not a monologue.

You are learning as well as teaching, from the context and experience of the recipient. Horowitz similarly observes that teaching may give you your greatest source of leverage to propel growth.

“Take care of the people, the products, and the profit—in that order.”

Next week we get lean. Then we’ll get gritty. Until then, in the struggles you face, consider Ben Horowitz:

I believe that within that quote lies the most important lesson in entrepreneurship:

Solid counsel from a man who knows. Embrace the struggle.

News As It Comes

writes one short story every week